We are in the swing of peak season here on the farm. Check out our harvest schedule here. For local pick-up in Brunswick ME, visit Merry Meeting Kitchen »

Downeast Magazine: Yes We Can Featured In From the Garden Recipes
Previous | Next

Downeast Magazine: Yes We Can

An organic food processor gives local farmers a boost — and gets one in return.

By late summer, Bowdoinham farmer Sean Hagan’s heirloom tomato plants sag under the weight of their ripe fruit. His Left Field Farm community-supported-agriculture customers receive much of the harvest, but he still winds up with tomatoes to spare. 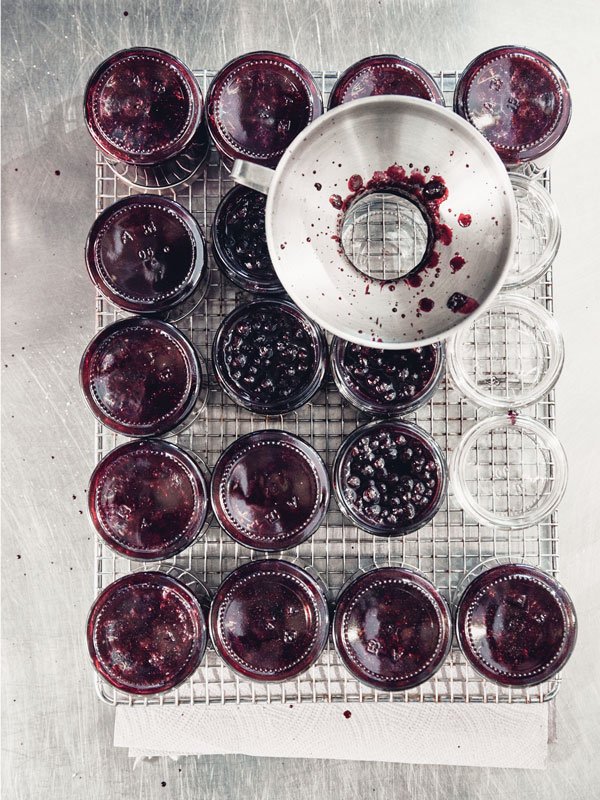 Enter Jenn Legnini, of nearby Turtle Rock Farm. In addition to growing her own veggies, she runs a certified-organic food-processing kitchen on Brunswick’s decommissioned naval air base. Hagan trucks his surplus tomatoes to her, and, in what used to be a car wash, she and her small staff cook them down into sauce. By the end of the day, that sauce is canned and ready for distribution to Hagan’s CSA customers later in the season, when other crops are sparse. “It would take too much time in the middle of the summer to do this myself,” Hagan says. It’s well worth paying Legnini to do the processing for him.

Jason Bolton, a food-science expert at University of Maine Cooperative Extension, points out that processing facilities like Legnini’s are few and far between in Maine. Without them, he says, farmers don’t have many options to create products that demand a higher price — and have longer shelf lives — than fruits and veggies straight from the field. It’s a problem that plagues rural economies around the country.

For Legnini, the idea to address the local processing shortage took root from experience, watching consumers balk at ugly, beat-up, but still perfectly edible produce. “It just happened organically,” she says. “I was working for a farm and started canning what we couldn’t take to market. Then, those products ended up selling better than the vegetables themselves.”

Now, after five years, she contracts with Hagan and other farmers to grow crops specifically for her to turn into cucumber relish or canned whole tomatoes. She also helps farmers develop their own value-added goods, like a blueberry jam they can slap their own label on and hawk at farmers markets. And farmers have the option to rent out her kitchen and do their own processing.

Last year, the U.S. Department of Agriculture pitched in with a $250,000 rural-development grant to help Legnini grow her processing operation — marketing, branding, upgraded gear — and consequently help more farmers generate more income. In the long run, Maine needs additional kitchens like hers around the state, and UMaine’s Bolton says that government and nonprofit support will be key to making that happen.

“This grant is so small to the federal government,” Legnini adds, “but it’s huge to us.”

Make Your Own Nut Butters!